With ads becoming rampant on all platforms ranging from Youtube to Spotify, the need for ad blockers has seen a rapid surge. Browsers on personal computers are often in dire need of the same, especially ones similar to Safari, Apple’s graphical web browser on MacOS. Accordingly, which ad blockers can be deemed as the more functionally viable options? Which of these should be considered among so many free options? Let us review the best ad blockers for Safari based on the variety of advertisements blocked and traffic reduction. 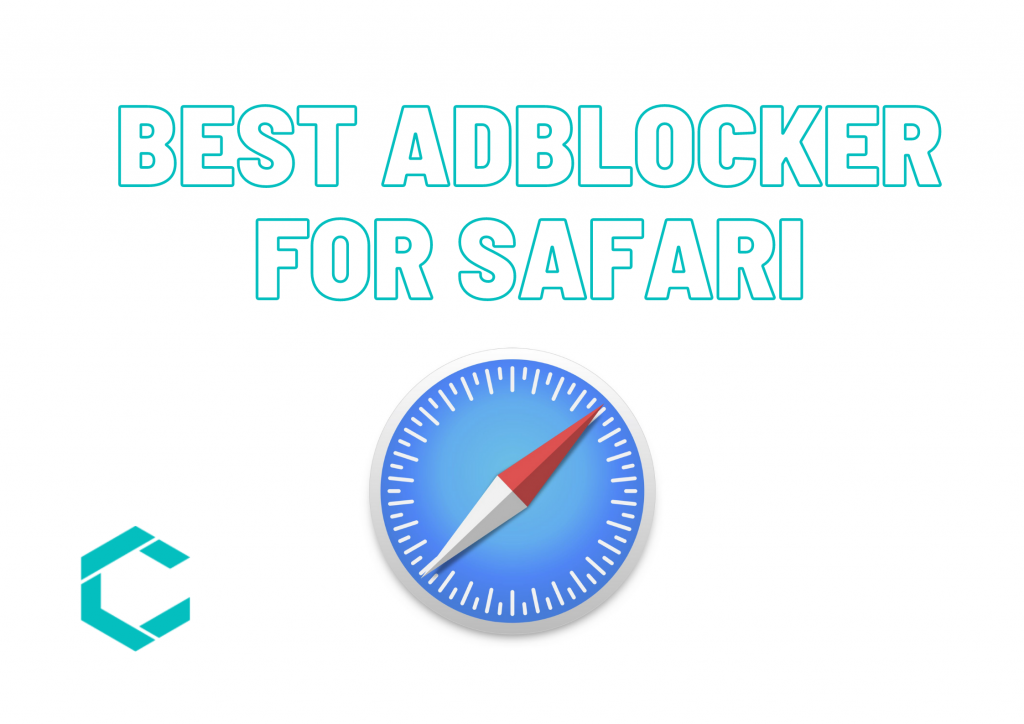 Safari has an inbuilt ad blocker named AdBlock which has both a paid and a free version. Apart from these there are a variety of other ad blockers that not only block ads but help declutter the cookie directory by restricting specific types of ads. This also allows these adblockers to preserve the user’s privacy which has lately come to the fore as a primary concern for a lot of users following the Cambridge Analytica incident. In this blog post, we have mentioned some of the best adblockers for Safari to help you decide your most suitable alternative.

Also read: Firestick Connected With Problems? Here’s How to Fix It!

AdBlock Max is a free Safari extension as mentioned earlier. As per developer reports, it is effective in blocking ads on sites like YouTube and Facebook, protects user privacy and optimizes the site load speed. Though the application drains the RAM a little, it isn’t a concern. As expected, this app is widely used mostly since it is a freebie. However, at the same time it is a staple among the best ad blockers for Safari since it blocks almost all noticeable advertisements on users’ most popular sites. It reduces traffic by an average of 22% as users noticed. E.g. YouTube takes 2.9 seconds to load when AdBlock is on compared to a slower 3.3 seconds when not in operation.

Practically an equivalent version of the previous ad blocker in its workflow, this extension only differs in RAM load being at a much lower 17.1 MB. This alternative is optimal for an older version of Mac. Notable features like the pause option, whitelist( allow ads on certain websites ), and an option to allow non-intrusive ads (E.g, Google ads) make it an easy-to-use variant. It also reduces traffic by an average of 20% as USAToday.com loads in 1.9 seconds while it is functional compared to 2.2 seconds otherwise.

One of the most noticeable aspects of Magic Lasso Adblock for Safari is the fact that it does not block ads on YouTube at all. However when it comes to other major categories of ads, even a free version will perform exceptionally and block most varieties of ads. The primary issue, as a result, is with users who want to use this extension for YouTube ads. However, Magic Lasso provides free support so inquiry via feedback makes this app more user-friendly. Additionally, it also reduces on-page traffic by an average of 20% and is most noticeable on USAToday.com which normally loads in 2.2 but with Magic Lasso on, it takes a mere 1.2 seconds. Subscription for the Pro version is billed at $15 annually and this option further makes it a legitimate candidate for the best adblockers for Safari.

For a browser extension, Adguard is a pretty hefty addition as it consumes considerable space and consumes a lot of the RAM. Needless to mention, this extension compensates by blocking all ads on YouTube and allows seamless web-surfing by restricting annoying ads. Compared to the other ones listed so far, this blocker has the highest traffic reduction capacity at a good average of 35%. 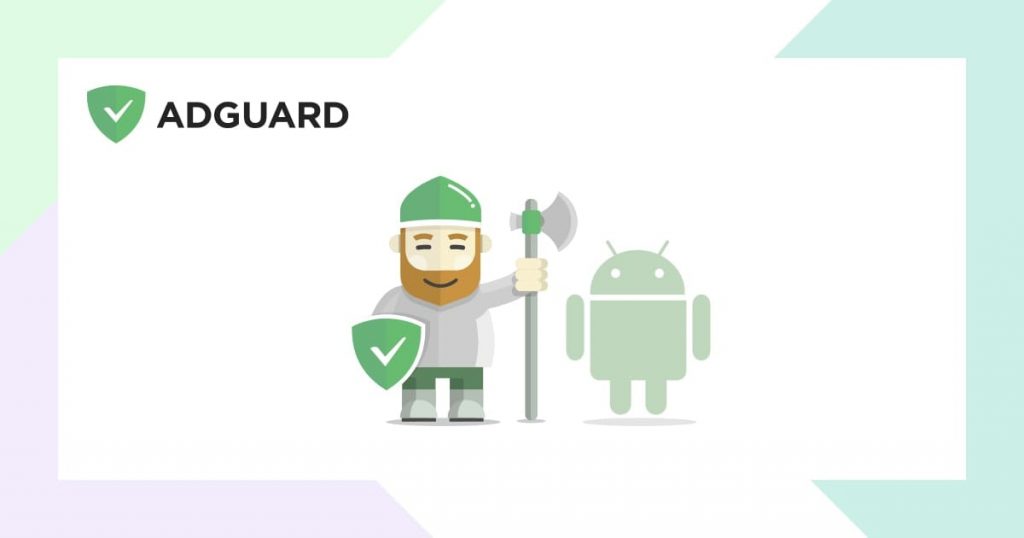 Thus sites like USAToday.com take only 0.7 seconds to load whereas it would normally require 2.2 seconds. It also has an additional 8 filters that can be applied to the blocker. On paper this is a solid ad blocker but the higher RAM specifications may prove to be a bit of an issue if a user has limitations regarding the same.

Given the version number, one would expect an improved ad blocker and Ka-block delivers adequately. It does not allow any ads on YouTube while blocking a variety of ads and is effective while surfing the web as well. Minimal required storage space as well as a negligible usage of RAM make it a frontrunner among the best adblockers for Safari. Ka-Block’s simplicity and efficiency is staggering as it reduces traffic by a good 35%, seen in a massive reduction of loading time for CNN.com(4 seconds to 1.6).

uBlock Origin is probably the least effective ad blocker among the ones mentioned so far as it blocks out YouTube ads but not other important categories of ads. Any significant distinction in its operation, site loading speed and web surfing mode is barely noticeable as it reduces traffic by an average of 26%. The strangest part is that the RAM used up is almost 4.5 times the size of the application.

Despite looking like a shady app without any reviews at all on the App Store and a weird logo, Ad and Stuff Blocker belongs among the best adblockers for safari . It manages to block ads on YouTube along with a whole other plethora of advertisements. While in the web surfing mode, it performs at par with other ad blockers for Safari and also yields a good 38% of online traffic reduction. The only drawback this extension has is the fact that the program gets stored under a different name and is difficult to locate among other processes in MacOS Task Manager.

Adblock Plus is one of the safest and most reliable, free-to-use ad blockers there are for Safari. On the average level it is capable of handling most tasks and reduces traffic by an average of 35%. It restricts continuous YouTube ads and is more equipped than the other extensions in handling more categories of advertisements. The RAM usage being surprisingly low makes it a very attractive option for all MacOS and Safari users.

Despite being a considerably newer product, which might explain why it only has 3 ratings on the App Store, this extension would have a higher rank among the best adblockers for Safari. Although the “Lite” version title might hint at the possible existence of a premium version, no information is available regarding the same. The low RAM specifications allow it to be suited for use across laptops of any age or performance level.

However, for the minimal results a MacOS version of at least 10.13 is recommended. Probably the most eye-catching feature of this app has to be the page load timer which indicates that most pages load an average of 0.5 seconds faster while it is operational. It also reduces on-page traffic by a good 37%, which makes it a very well-rounded ad blocker for Safari.

Is Adblock for Safari Safe?

Adblock for Safari is completely safe as it is a free extension available on the App Store. Even though “safety” depends on the users’ available antivirus software and inbuilt system security levels, Adblock poses no threat to users. Additionally, it is one of the best adblockers for the safari along with its paid versions and are functionally sound, easy-to-use application.

Which is the best ad blocker for Safari?

None of the available extensions can be labeled as the best ad blocker for Safari as it really depends on the user’s preferences. You must determine whether you are satisfied with a free extension or are in need of a paid app that delivers more. You should also narrow down what exactly you desire to accomplish with the help of said adblocker. For instance if it is to allow non-intrusive advertising then AdBlock Plus can help out with its filters. Others like Adguard will be less tolerant and filter out almost all ads.

How to get AdBlock for Safari?

Adblock for safari is a free extension that is available on the Mac App Store. If it is your first time installing the app, there will be an option labeled as “Get” otherwise it will be marked as “Install”. Click this option and once installed, click on the open button succeeded by the “Enable Adblock in Safari” option. Now, select the checkboxes next to both AdBlock Engine and AdBlock Icon and it should work seamlessly.

Though most of the listed ad blockers are decent and get the job done, it really depends on the user as to what their best option of an ad blocker would be. Needless to say, these options, however, are not the only ones if you are searching for the best ad blockers for Safari.

Personally I would recommend AdBlock as it is a default extension and comes with the browser. There are no third parties involved and installing and using is literally a few clicks long. Additionally you can upgrade it to Gold by making a one-time payment if you really need to go the extra step and get more features for an even better ad-free experience. 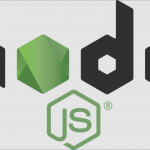 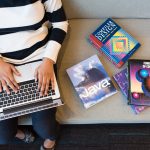