To keep up with the rising competition between apps catering to social needs, Snapchat has introduced various new features in recent years to keep users of the social media app occupied. From the introduction of Snap Map to story replies, the app’s versatility has shown a tremendous rise to keep pace with new trends. One such feature that piqued the interest of avid snap-chatters has been the introduction of Snapchat best friends, a feature that allows seeing who a person has been regularly updating with their daily snap. In this article, we will tell you exactly how to see someone’s Snapchat best friends. Whether it’s to see if your friend has been snap-chatting her toxic ex or not, or the inner detective in you wants to know what kind of crowd a friend roams around with, this feature will help you sleuth away. To help you out, we have detailed the only legal way to know how to see someone’s Snapchat best friends.

See Also: How To Delete All Facebook Messages? | The Easy Way

Humans are curious. There’s always a persistent itch on the back of your head when you’re trying to find information on someone, and you’re unable to. There are many reasons you may want to see someone’s Snapchat best friends. Snapchat best friends may or may not be your closest friends in real life, but they are the people you frequently snap with. Your position as a Snapchat best friend depends on how often you snap to others.

A person you trade pictures the most regularly with, compared to others on your list, is the one crowned as a best friend. But there’s not just one emperor in this kingdom. Different levels of Snapchat best friends are depicted by emojis like the pink heart, red heart, yellow heart, and various smiley faces.

Steps on How To See Someone’s Snapchat Best Friends

At present, there is no way to see someone’s Snapchat best friends if you don’t have their log-in details. While the feature was available and famous in the early days of Snapchat, due to the risk of invasion of privacy, Snapchat had to remove it from its platform. Imagine telling someone you don’t talk to their enemy, and they see them on the top of your list. That could get awkward fast. Due to reasons surrounding various privacy situations, this feature was taken off, and currently, there seems to be no plan to bring it back. But if you do have log-in details of your friend or have access to their phone with a log-in ID, you can see their best friend list following the simple steps mentioned below. Note: You can also go to their Snapchat friends list, and a title called ‘Best friends’ will be available.

How Can You See How Many Friends Someone Has on Snapchat?

Unless you have their log-in details, it’s impossible to see the number of friends a person has.

Will We Be Able to See Other Snapchat Best Friends Again?

How to Know if You’Re Someone’s Best Friend on Snapchat?

No. You’re only added to someone’s best friend list if they send you more snaps than a majority of their Snapchat friends.

There is a reason that Snapchat disabled this feature. It’s invasive, nosy, and can cause serious problems if a person finds out you’re talking to someone they don’t like or have asked you to stay away from. Unless stealth is necessary for the matter, it’s better and much easier to request your friend or acquaintance to show you their Snapchat best friends list.

No matter how much you search for how to see someone’s Snapchat best friends, you’re not going to get a legal answer that doesn’t involve communicating with the concerned person. Beware of third-party apps that promise you someone’s Snapchat best friend list because they are likely to leak your private information and may be unsafe on your device.

If you have other questions regarding the topic, make sure to write to us below in the comment section. We would love to hear from you. 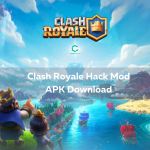